Weeks, T. & Womack, BIn August of 1776, the inhabitants living along the Watuga, Holston and Nolachucky rivers requested that they become officially annexed to North Carolina. They wanted to be able to set up courts and to elect representatives in General Assemblies. The petition was acted upon and the representatives took their seats in the Provincial Congress. North Carolina surrendered its western lands to the US in 1789; Congress accepted the lands and created the Territory South of the Ohio River. In 1796, Tennessee County gave its name to the new state of TN, and the new state then divided the territory. 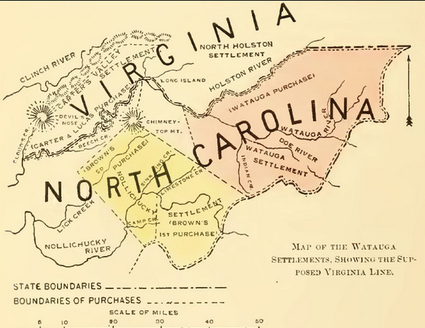