Battle of Alamance and regulators

After the Johnson Act was passed, Rowan Regulators deemed it “riotous” and “swore that they would pay no more taxes.” So in 1771 Governor Tryon, predicting that the disgruntled Regulators would protest this action, he sent out a militia to the courthouse. As they marched westward, approximately, 2,000 Regulators assembled and met the militiamen camping beside Great Alamance Creek. On May 16th the Regulators relayed to Governor Tryon that they wanted to discuss their differences with government officials, and he refused. He gave the regulators one hour to surrender. They said “Fire and be damned”. So, the governor retaliated with a canon strike. The Battle of Alamance lasted for two hours. And, Governor Tryon defeated the Regulators. 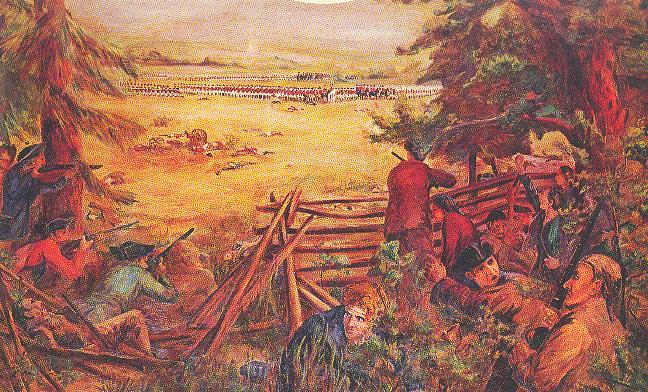